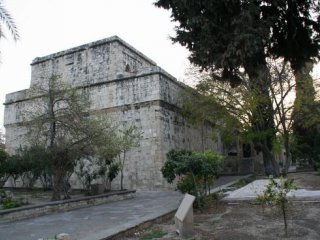 The building of the Medieval Castle is one of the many great events that took place in the 14th century in Limassol, the 2nd principal city in the island of Cyprus, which is connected to the Crusades during the medieval times being a 5000 year-old civilization. The castle is located in the center of the old town, right above the old harbor. Cyprus has a fascinating history behind it which, in this case, tells us that the Medieval Castle had been constructed on top of the ruins of another Byzantine castle and an early Christian Basilica.

The legend tells us that in this Medieval Castle, the royal wedding of Richard the Lionheart, the King of England, with Queen Berengaria of Navarre, took place in 1191. Currently, the castle has lost its old magnificence, yet its majestic ambiance will stick in your memory. The date of the castle’s construction still remains unknown, but Etienne de Lusignan stated that it had been constructed by Guy de Lusignan, the founder or the Lusignan dynasty, in 1193.

The Medieval Castle has been through various invaders, and it has been damaged by the 1567 and 1568 earthquakes. Its current form was built by the Ottomans, who rebuilt it in 1590 after the earthquakes took place. Until 1950, the part below the eastern hall, the basement, was being used as a prison. Later on, the main prisons had moved to Nicosia and thus the castle welcomed the Medieval Collection of the Cyprus Museum since 1987. The island’s development as well as social, economic and artistic evolution starting in the 3rd century A.D. and ending in the 18th century A.D. can be recognized from the exhibits of the Medieval Collection.

Lordos Hotel Apartments Class B
From € 65